Fu** YEAH! we are proudly announcing  the release of our upcoming single about the Video Game DRAG ON DRAGOON3

Neotokio3's ...... (Drag on Dragoon) is a Song inspired by action role playing game Drakengard 3  released in Japan as Drag-On Dragoon 3 (Japanese: ドラッグオンドラグーン3 | Doraggu on doragūn 3?, commonly abbreviated as DOD3), published by: Square Enix, Directed by Taro Yoko and written by Sawako Natori. The Game was first released in Japan in December 2013 as a Playstation 3 exclusiv.

Drag on Dragoon 3 the Video Game caught us of guard....so of guard....like a viscous combo by a legendary intoner, slashing people with her sword, covering her dress with blood, slicing the shit out of each and everyone in her way, never giving a..... Fu**. It caught us of guard like the wing beat of a sacred dragon, spiting fire, setting the skies ablaze, hating wyverns with a passion... both bound to a rather tragic fate and yet one of them is so happy that she finally called him by his name. it caught use of guard like...ok enough of wacky poems now. This Game just flashed us endlessly, seriously from start to the final song in branch D and beyond. Playing it we couldn't believe what we were playing and how good this was...insane! it was the unique approach of telling a story that hasn't been told like that a million times before. It was the unusual twists, the dark humor,  the artwork, the characters, the sound, the direction almost every aspect about it. we really loved it and I mean *Mikhails voice* We really, really loved it.

Anyway, after finishing Drag on Dragoon 3 we just felt: wow this whole thing is so cool we just have to pay tribute to it and so we did what we did, wrote what we wrote, recorded what we recorded, produced what we produced and out came:  Neotokio3's Drag on Dragoon 3 - Like Zero & Mikhail.

The Song is mainly about: doing your thing no matter what people say or think about you and what your trying to accomplish, it's about following your heart, being yourself and going all in. it's about being strong and confident. We were heavily inspired by the strange and yet so uniquely beautiful bond between Mikhail and Zero. The dynamic of their friendship, the whole concept of it.

In a way Our Song is like a Theme Song to their Friendship. Zero & Mikhail's theme if you will. It has the aggressiveness and in your face vibe of Zero but also the innocence and purity of Mikhail. like listening to it you'll find stuff that defines them as individuals and stuff that defines their relationship. We hope you like what we came up with :)

The official release date for the Song is: JUNE 05, 2015. The track will be available Globally on I-Tunes, Amazon and co. on this date.  the Official website 4 the release will go live on JUNE 05, 2015 as well. we will post the link here on neotokio3.com. Stay tune:D!!! 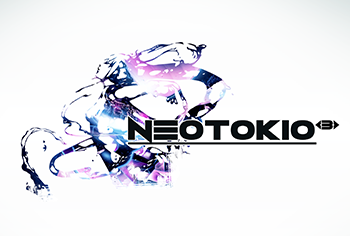